An important part of this project is to include some sort of edit to at least three pages, this is something in which I struggled with deciding upon and also struggled with wrapping my head around the idea of how to go about designing this through InDesign.

My first thought is that I wanted to include a fold within this page.

Each section of this quote builds up the tension to reveal the state in which Frankenstein has got himself into compared to the calm of the first chapter. As I have previously broken it up on the page,  i contemplated with the idea of using an a roll fold to slowly reveal the depth of this bad state in which Frankenstien has got into, leading to the last fold that states ‘death would be my portion.’

After failing to find a useful tutorial on how to achieve this, I extended the page and by eye tried to image how it would fold and then separated the sections appropriately.

I believe this fold will add tension and build upon the story of the chapter and allow the reader to understand the chapter before even reading it. 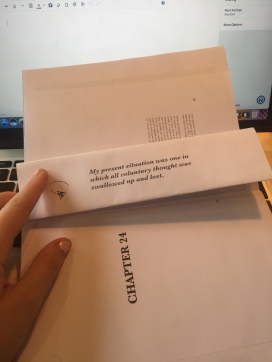 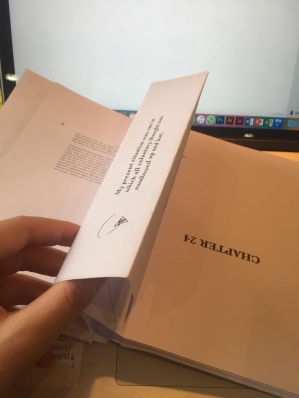 The second couple edits I struggled with what to do. I found it difficult to find a perfect moment to include a fold.

I noticed in the second chapter that there was a lot of negative repeated words throughout and their importance stood out to me, instead of working with a quote I wanted to play with cut outs, in the same way in which Johnathan Safran did in his book, ‘Tree of codes‘. 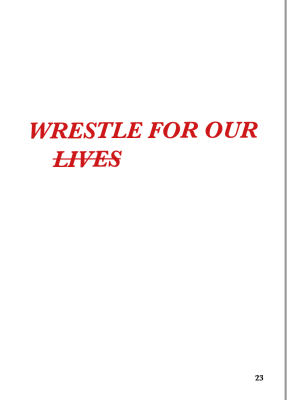 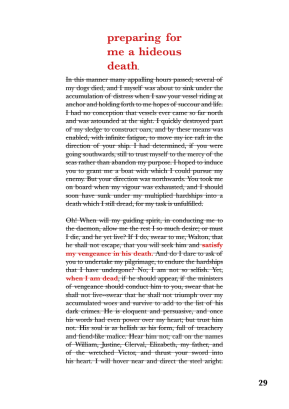 This way when the pages are closed the only words you see are that of death and the sentence that informs us Frankensteins life is at risk. I feel again this works better than a fold would as it suggests what is to come and directs your focus to the mood of the final chapter making the contrast of the first and last very clear.